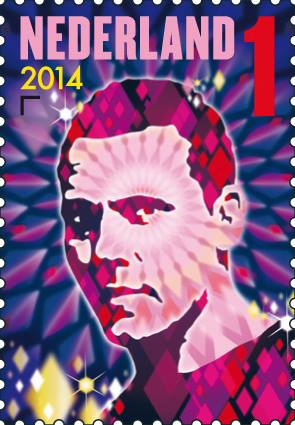 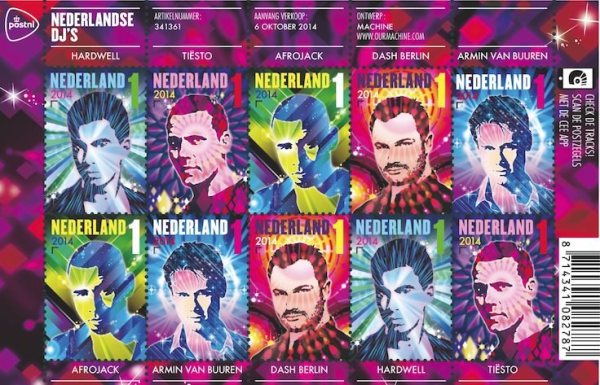 The Netherlands has long been known as one of the international leaders in dance music. So many of the world's top producers were born in the country, and now, five of them are being immortalized on Dutch postal stamps. PostNL, the national post office in the Netherlands, has announced that Afrojack, Armin van Buuren, Dash Berlin, Hardwell, and Tiësto will each be featured in a set of special edition stamps.

The stamps will be released on October 6th at Bruna stores and Collect Club. If you're lucky enough to live in the Netherlands to purchase these stamps, you'll be able to scan them with the Cee app on your smartphone. This will result in your phone playing a music clip from the producer whose stamp you scanned.

PostNL CEO Herna Verhagen will hand each star their own first set of stamps during the opening of Amsterdam Dance Event (ADE) on October 15th. “PostNL is at the centre of society. We therefore like to release stamps that correspond to everyone’s environment. We are proud to be able to honour these dance heroes here at the Amsterdam Dance Event.”

Dutch people have found so many creative ways to integrate their love for dance music into their everyday lives. In fact, Dance music is so ingrained Dutch culture that King Willem-Alexander asked Armin to perform at his coronation ceremony on April 30th, 2013. Watch the spectacular performance below to get an idea of how much the Netherlands loves electronic dance music. 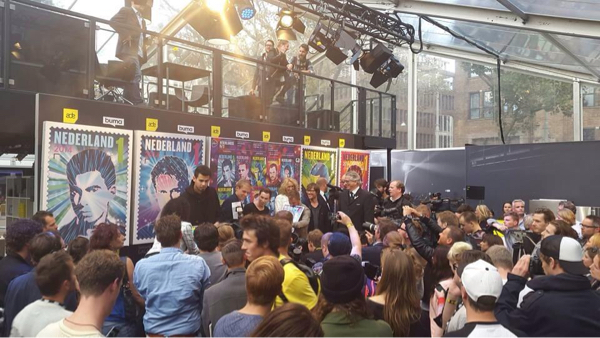 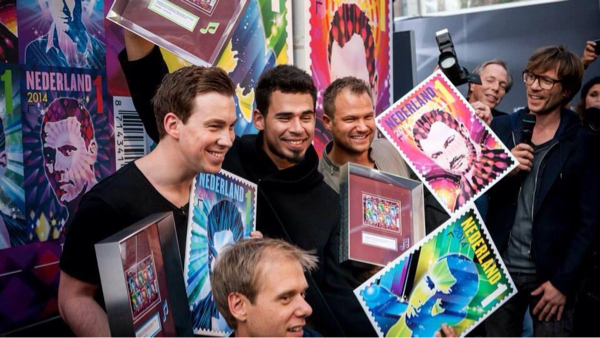