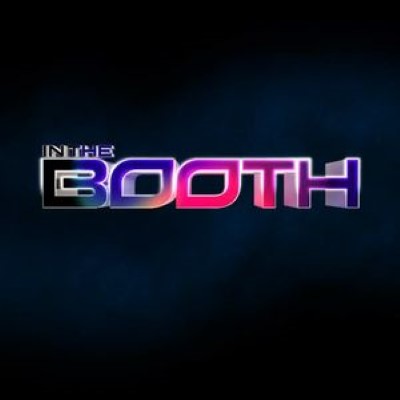 2014/06/27
Miami Bound
Tiësto is back with Season 3 of In the Booth! After a serious injury forces him to cancel some shows, Tiësto defies the odds and travels to Miami to close out Ultra Music Festival, throw a party for his label Musical Freedom, and introduce several talented collaborators and 7UP Bubbling Up DJs. Then he travels to Chile for an epic performance that lights up an entire city.

2014/06/27
Bubbling Up DJs
For Tiësto, its important to always be discovering new producers and helping them grow as artists. Through the eyes of these very talented Bubbling Up DJs we see what it is like to have Tiësto as a mentor. From his sophisticated taste and unique style, to his years of experience and great advice, Tiësto is a superstar who believes in helping others rise up.

2014/07/21
Artistic Inspiration
Tiësto is extremely passionate about fashion and he has a vast sneaker collection to prove it! As he, Danny Avila and talented sneaker designer Van Monroe discuss their shared love for fashion, the three find important connections between art, music, culture and following one's dreams. Tiësto then goes to a fan signing party at the MGM Grand in Las Vegas to celebrate the release of his new album, A Town Called Paradise, and finally arrives to Electric Daisy Carnival (EDC) to play for a crowd of 120,000 fans.

2014/07/21
Mentoring in the Studio
As a mentor to Bubbling Up DJs, The Disco Fries, Tiësto spends some quality time with the guys in the studio in New York City, listening to their new tracks and providing constructive input. The Disco Fries and Tiesto also take a break to enjoy some authentic New York pizza, catch up on life and talk about the direction the duo is going musically.

2014/08/13
Weekend In Toronto
Tiësto, mentor to Bubbling Up DJs, Dzeko and Torres, stops by their studio in Toronto to help them with some upcoming tracks. While in town, he and the guys stop by a local restaurant, Lee, to cook up a fan-favorite dish. After all the hard work, they all head to Digital Dreams, one of Canada’s biggest music festivals and each play an epic set to some of their biggest fans.

2014/08/13
Thank You Festival
Giving back is important to Tiësto, so he, along with his friends Above & Beyond and Krewella, take a break out of their crazy schedules to headline the Thank You Festival in Balitimore, MD in support of Global Citizen and The Childhood Foundation. Backstage at the festival, the entire cast of characters, including Tiësto, fellow DJs and charity leaders talk about how this event came together and explain the importance of this performance for The Childhood Foundation. Tiësto then closes out the festival with an amazing set for 20,000 fans.

2014/08/13
A Town Called Paradise - The Release Party
After two years plus in the making, Tiësto debuts his new album “A Town Called Paradise” with a massive album release party in New York City. He gives an intimate look into the influences behind his new album, how he got to where he is today and what this monumental moment in his career means to him. Some of the vocalists featured on the album talk about what this collaboration was like for them and then perform on stage with Tiësto at the sold-out, larger-than-life, 3 hour epic show worthy of the world’s biggest DJ.