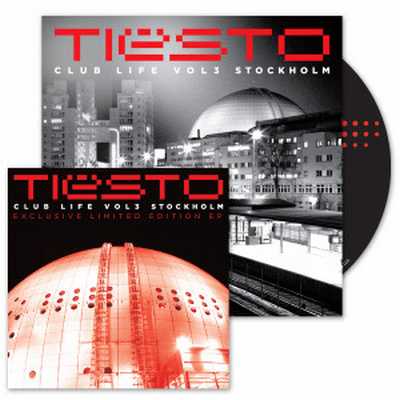 For Tiësto making music is about giving. The Grammy Award-nominated electronic dance music icon offered up his greatest gift yet in the form of his fifth full-length album and career first for a major label, A Town Called Paradise[Casablanca Records/Republic Records]. That's saying a lot considering his track record too… He's gone from an underground trailblazer to a worldwide superstar who opened the 2004 Athens Olympic Games and was voted "The Greatest DJ of All Time" by Mixmagand the "#1" DJ by Rolling Stone. He's headlined festivals around the globe including Ultra Music Festival,Stereosonic, Coachella,Tomorrowland, and Electric Daisy Carnivaland a storied 20-month residency at HakkasanLas Vegas Restaurant and Nightclub and Wet Republic pool at MGM Grand Hotel & Casino. Artists ranging from Kanye West and Coldplay to Katy Perry and Gotye have personally tapped him for high-profile remixes, while Guess and AKG have collaborated with him on a fashion line and headphone brand, respectively. Moreover, A Town Called Paradise yielded his first two gold singles in the U.S. with the singles—"Wasted" [featuring Matthew Koma] and "Red Lights"—while a medley from the album also soundtracks a presentation at the Bellagio fountain in Las Vegas, a first for an EDM artist. With Sirius XM, he launched the "Club Life" channel, nodding to his acclaimed compilation brand of the same name—now in its third installment. However, Tiësto possessed a desire to raise the bar yet again with album number five, and he sought out what he refers to as the "biggest and best" partner possible. "I never had the chance to work with a major label before," he says. "I wanted to explore it and, as soon as I met with Casablanca and Republic Records, I knew it was the right place to go. My goal is to make the best music I can and to spread it as far as possible all over the world. They're opening the door for me to do that." Signing his deal in the middle of 2013, Tiëstoimmediately began working on what would eventually become A Town Called Paradise. He approached the album with a desire to break ground, and he certainly does that at every turn. "The record has two sides to it," he reveals. "Part of me is always trying to innovate, and that's half of the album. The other half of me is always a crowd pleaser. I love giving the audience what it wants. I put all of the experiences I've had over the past twenty years into this. This is my sound. Of course,it's dance, but it's melodic. There are strains of indie rock, yet it's very happy. These songs will make you smile. They'll make you dance. They'll make you want to go out. It's everything a Tiësto album should be." That's easy to hear on "Red Lights". Written with Rami Yacoub and Carl Falk and featuring vocals by Michel Zitron, the track shines withTiësto's instantly recognizable production and an unforgettable hook, effortlessly straddling the lines between house, electro, and pop. "It really reflects my life in Sweden when I lived there for five years," admits the artist. "I would walk around at night by myself sometimes when it was really cold and dark without knowing where to go. It stands for that period when I was trying to establish myself in a new place. The piano drop is very indicative of the Swedish sound too. 'Red Lights' represents my life there." On the record, he also got the chance to collaborate with Matthew Koma on the irresistibly intoxicating "Wasted" as well as teaming with Krewella for the dance floor liberation of "Set Yourself Free". There's also a very special moment on "Footprints", which nods to his jet-setting lifestyle. "The lyrics are so meaningful," he goes on. "I've played all over the world, and I'm blessed to have dedicated and diehard fans everywhere. They really support me. I'm so lucky I've seen the whole world, and I hope everyone gets to do that because it's incredible. That's what the track stands for." For Tiësto, A Town Called Paradise begins writing the next chapter of his career on the perfect note. "This is the album I've always wanted to make," he declares. "I didn't have the knowledge to execute it as well as I do now. I've learned so much, and I want to learn more. This is my next big thing and I couldn't be more excited." As he promises "the best night in the world" for fans that attend his residency shows, it's also clear that his modus operandi hasn't changed since he first started. "I want to make people feel happy with my music," concludes Tiësto. "That's the most important thing. I hope they feel great when they listen to this. That's what I want to give everyone."